You are here: Home
This website is the representation and the outgrowth of Gods mercy upon someone academically and spiritually “unqualified” to serve in ministry, who was called by God late in life. I am not “an organization” or “a church” that is hoping to grow and to expand. I seek no following. Therefore, I do not need nor desire any financial contributions from anyone. The reverse side of this coin is that I am not able to give any financial support to anyone else.

It is my intention to teach the Bible without regard for any human traditions or the beliefs of any church or organization. God has Sovereignly chosen to work throughout His-story in organizations, churches, and in the lives of men who embraced very dissimilar doctrines and traditions.

My perspective is that the Bible is the revealed Word of God, and as such embodies the highest authority available to mankind today. This perspective sees the Bible as God’s instruction manual for us human beings, given by God to guide and to direct us as to how God desires us to live our lives, while at the same time giving us some glimpses into the future that God has mapped out.

What we see in the scriptures is a gospel we do not hear in churches today.

The “Gospel” or “Good News” proclaims the end of man’s rule and all the corrupt governments that rule in defiance of the coming King of Kings. All of mankind’s dreams are wrapped up in that coming Son of David…and until that Gospel is preached to all the world, the Lord delays His coming.

We live at the closing of this age. Israel is God’s timepiece and the “pupil of His eye” (Zach 2v8) Israel is back in His land as He promised. The events we are told to watch for are unfolding as they should.

Mat 24:3-9 As Jesus was sitting on the Mount of Olives, the disciples came to him privately. “Tell us,” they said, “when will this happen, and what will be the sign of your coming and of the end of the age?” Jesus answered: (speaking of the present) “And this gospel of the kingdom shall be preached in the entire world for a witness” — for a witness — “unto all nations; and then shall the end come!”

God in Revelation has provided us four times as many prophecies of Yeshua’s second coming as compared to His first. These detailed end time events revolve around three people groups, described as “women.” Their story started in Genesis and has threaded throughout history.
Virgin Bride – that prayerful church, who has “made herself ready.” Yeshua is not glorified by this “vagrant tramp” currently following every Pied Piper as they further divide God’s people.

Israel is back in the land, the Church is recovering her Hebraic Roots and restoring the Jewishness of Yeshua, Jesus to Christians. The purpose of a Gentile church was to provoke Israel to jealousy as we embrace a Jewish Messiah.

Now the  Father can finally answer Yeshua’s last Priestly prayer before dying – His unanswered requests were mixed with the blood He sweat.

John 17:21 That they all may be one, as You, Father, are in Me, and I in You; that they also may be one in Us, that the world may believe that You sent Me.

John 13:35 By this will all men know that you are my disciples if you have love one to another.

Unity among God’s people and the sacrificial Love of God for others will:

Yeshua’s great commission is to preach His Gospel while making disciples in the churches being planted. The Bride “making herself ready” (transformation) will be the result of that last Great Awakening, during which the Gospel will be proclaimed all the way back to Jerusalem.

A Woman – that “brought forth the man-child,” that people Israel, siblings of the Messiah. The last 42 months of this age will be focused on events in Jerusalem as a Man of Sin demands the worship of a world united against Israel. Zech 14:2 For I will gather all nations to battle against Jerusalem; and the city shall be taken, and the houses plundered, and the women raped. And half of the city shall go into exile, and the rest of the people shall not be cut off from the city.

A Fallen Woman – that is a false religion. We are told to come out of her – this unholy mix of politics and religion whose destruction is mourned by the merchants of the earth. Rev 18:3 – Come out of her, my people, so that you may have no part in her sins and in her punishments.

So we watch world events, as the God of History works in and through these three “women” of the end time. Daniel  2:44 And in the days of these kings shall the God of heaven set up a kingdom, ….and His kingdom shall stand forever. 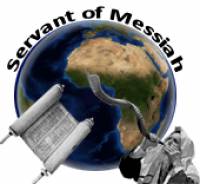